Parable Of The Pearl

Jesus' parable of the pearl and parable of the hidden treasure teach that his Kingdom is valuable, but hidden from people. A few people discover it, however, and seek the Kingdom for all they're worth. Are you one of those people?

1. Why did Jesus choose a pearl to represent his Father's valuable Kingdom?
2. Can all people recognize the Kingdom of God? Why or why not?
3. Why does God choose some people in which to share his Kingdom, while refusing others the same privilege?

These Bible parables are some bold teachings by Jesus. They hit a person head on. I hope you're studying all of these parables in this series, because as a whole, they're incredibly powerful.

Wow! I've been so convicted I've sweated out sin! Let's keep charging ahead and seeking holiness.

Parable Of The Pearl Setting 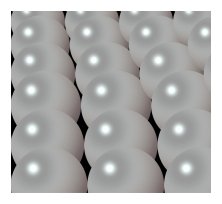 The parable of the pearl of great price was spoken by Jesus to his disciples and it's another Kingdom parable. Its focus is the value and mystery of the Kingdom of God.

Our last lesson, the Bible parable of the mustard seed, defined and described the Kingdom of God and Christ's Church, so please re-visit that lesson to learn all about the Kingdom. This lesson will also study the seeker of the Kingdom.

There are actually two types of people who value the Kingdom of God enough to respond to it with their lives.

Which type of seeker are you?

This will be a fun lesson, because it draws you into these parables of Jesus Christ, which is one reason why he was the Master Teacher.

Parable Of The Hidden Treasure 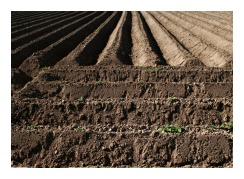 Jesus goes on to say that this treasure was hidden in a field and a man accidentally discovered it. He was overjoyed, but tight-lipped. After throwing dirt back over the top of the treasure the man ran off to sell everything he possessed. The language in the parable leaves no room for interpreting that the man held tight to any of his possessions.

He sold everything he owned in order to buy the field and treasure.

The man found the owner of the field and bought it with all of his money. By doing this he now possessed the treasure. The value of the treasure far exceeded the value of his prior possessions. 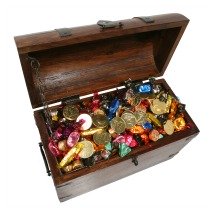 The discovery, pursuit, and acquisition of the treasure came about suddenly and unexpectedly for this fortunate man. He stumbled upon the treasure. He ran and sold his belongings. Finally, he purchased the field where the treasure was hidden and became the owner of the treasure.

Shrewd, wouldn't you say? God appreciates shrewdness as long as it's ethical.

You'll notice that the man wasn't seeking a treasure. The treasure basically found him.

He responded, however, with great joy and pursued the treasure for all he was worth. The Kingdom in fact finds people sometimes. They aren't seeking God's Kingdom and aren't pursuing anything in particular.

They "stumble upon" the Kingdom, but respond with joy, action, investment, and perseverance. The Kingdom is shown to them and they gladly embrace it for all they're worth.

Finally, the Kingdom of God is granted to them. Does this sound like your story?

Parable Of The Pearl

The parable of the pearl, on the other hand, displays a different scenario. A merchant was searching for fine pearls to purchase and resell for a profit.

Beautiful, naturally crafted pearls from oysters, clams, and mussels are rare and thusly expensive. Their value was higher than that of gold when Jesus shared the parable of the pearl. Pearls are rated and valued by their roundness, color and brilliance.

This businessman was searching for fine pearls, but discovered the perfect pearl. He knew it and had no doubts about it. The pearl was perfectly rounded and brilliant. He was stymied by the price, though. 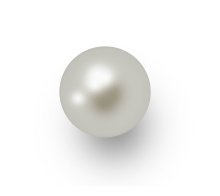 He sold everything he possessed in order to purchase the pearl of great price.

And, it's price did indeed cost him all. But, it was worth it to him. The pearl was now his own. Maybe this story sounds more like your spiritual journey?

Value Of The Kingdom 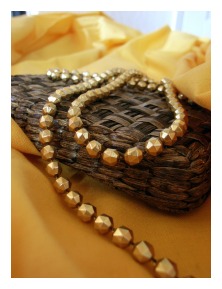 The Kingdom is spiritual and abstract to a person; therefore, Jesus gives us something to grasp onto when imagining his Kingdom.

To Jesus, the Kingdom is of the highest value, and worth selling everything we possess to acquire a place within the Kingdom.

The world at large does not perceive it. It is mysterious. A person can't naturally recognize it, that is, without divine help. 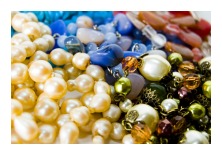 The parable of the hidden treasure tells of a man who accidentally discovered the Kingdom. He was shocked because he wasn't searching for anything remotely similar to a kingdom. He was simply digging a hole in a field. There it was! A treasure of infinite worth. Wow! He was overjoyed.

This type of person today is one who "believes" in God, at least to a certain extent. When realizing the commitment the Kingdom calls for he responds. He takes his faith to a new level, fully committing to God through repentance. God then blesses him with the Kingdom treasury.

The parable of the pearl tells of a man who was searching for some type of kingdom, something to fill his needs. His relentless pursuit of a fulfilling kingdom led to his discovery of the ultimate kingdom. The mother of all kingdoms. The Kingdom of kingdoms! Wow! He was overjoyed.

This type of person today is one who "believes" in God, at least to a certain extent, and searches for truth. He is searching for the religion that he can believe in. He tries all types of religions and other spiritual movements, but doesn't stop pursuing until he discovers the ultimate Kingdom, found only through Jesus Christ and his word. 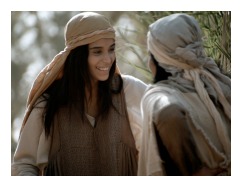 Notice some people stumble upon the Kingdom of God, while others are searching for a kingdom, but unsure of specifics.

After realizing this idea, I placed myself into the group who was searching for something to provide meaning and fulfillment to my life. I was grasping for something, and when I discovered God's amazing Kingdom I pursued it with my entire being.

I sold all I possessed and "acquired" it.

In reality, we don't purchase God's Kingdom, but these parables reveal that our hearts have to be set on giving up everything to possess God's Kingdom. Whatever God requires, we must respond in like manner.

Those Who Discover The Kingdom 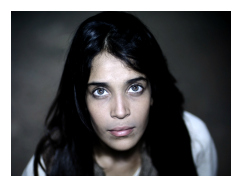 Jesus' parable of the pearl and parable of the hidden treasure beg the question, "Why are some people allowed to recognize and discover the Kingdom while others aren't given the privilege?"

Great question, but I'm afraid there is no easy answer.

We can start by saying that the Kingdom is spiritual. Humans, unlike God and angels, do not possess the necessary means, or senses, to "see" God's Kingdom. Therefore, we cannot naturally notice God or his angels working (Ephesians 2:1-3).

The activities of God's Kingdom are complete mysteries to the natural man.

God reveals his Kingdom to certain people for reasons that only he knows (Romans 9:10-16). First of all, we have to deal with the fact that God isn't obligated to humans for anything. God created people with the ability to love him, but humanity chose to rebel and disregard him, so he left the scene and gave people exactly what they wanted - personal freedom to sin.

People insisted on sin and God obliged. That's our problem, not his.

However, because of his love for people he chose some for eternal life from a time before the beginning of creation (Ephesians 1:4; Romans 9:23-24). 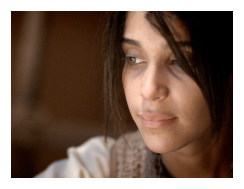 In order for his chosen people to perceive the Kingdom, God has to make them born again (John 3:3-5). He does this in order that they might "see" how he works in and through other people.

Being born again is also necessary to understand the spiritual elements of the Scriptures and God's ways. So, being born again means God has enabled the heart of man to perceive spiritual matters (Ephesians 1:8-10).

Once enabled (aka regeneration), a person can then respond to God's call to salvation. That's what the two men did in the parable of the hidden treasure and the parable of the pearl - they responded by letting go of the world, and pursuing the Kingdom for all they were worth (Luke 17:33). 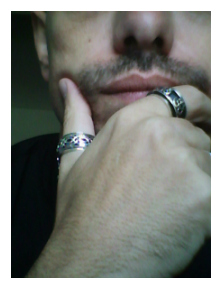 The parable of the sower reflects these two types of people by the use of "good soil." It's a graphic illustration that reflects God's work in the heart of a person. While all soil is initially unproductive, God makes some soil good enough to produce fruits, vegetables and grains. Good soil is God's work.

Jesus Christ calls you to an all or nothing commitment to his Father's Kingdom. There is an easy self-test to take if you're interested in determining your level of commitment. If you were forced to sacrifice your life for Jesus Christ, would you do it? Would you take a bullet for your faith in Jesus?

That, my Friend, is giving up everything for the Kingdom. Giving up one's earthly life for Kingdom life is the true test of your faith.

2. Jesus' parable of the hidden treasure displays a man who found something valuable, but didn't tell anyone. Is it okay to be greedy when discovering the Kingdom of God? Discuss.

3. How does regeneration of the heart, i.e. becoming born again, help one to understand spiritual matters, and in fact, grasp the spiritual realm?

Inspirational Bible Verses:
My son, if you receive my words and treasure up my commandments with you,
Making your ear attentive to wisdom and inclining your heart to understanding;
Yes, if you call out for insight and raise your voice for understanding,
If you seek it like silver and search for it as for hidden treasures,
Then you will understand the fear of the LORD and find the knowledge of God.
For the LORD gives wisdom; from his mouth come knowledge and understanding;
He stores up sound wisdom for the upright; he is a shield to those who walk in integrity,
Guarding the paths of justice and watching over the way of his saints.
Then you will understand righteousness and justice and equity, every good path;
For wisdom will come into your heart, and knowledge will be pleasant to your soul.
Proverbs 9:1-10

Prayers Of Thanksgiving:
Dear Father, The parable of the pearl surely shows that you are in charge of every aspect of your Kingdom. You made it valuable to us, and you open the eyes of our heart so we can sense the Kingdom. Thank you for answering us with salvation when we respond with faith. In Christ's name. Amen.

After sharing this Bible study lesson on Facebook or Twitter below download your Free Printable Bible Study Lessons: Parable Of The Pearl #4.13. Please Donate To GG.com!

Return to the Parables Of Jesus page. Return to GraspingGod.com's Homepage.

Special Note: I'm grateful to Big Book Media & Free Bible Images, Stock Exchange, Morgue Files, and Stock Photos For Free for the use of their photos for Parable of the Pearl and Parable of the Hidden Treasure Bible study lessons.