Christ has risen! He has risen, indeed! It is so true. We're going to take the time today to build your faith by reviewing the evidence of Jesus' resurrection.

Previous lesson: The Death Of Christ #1.21

1) What would have happened had Jesus remained physically dead?

2) Who actually raised Jesus from the dead?

3) How does Jesus prove himself today?

Wow, let's find out some of the facts behind Jesus' resurrection.

The Bible Claims That Christ Has Risen 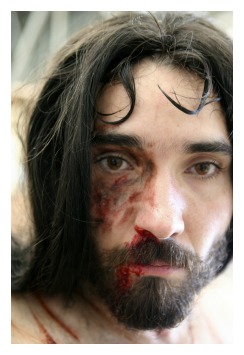 Our central Bible passage finds Paul discussing the importance of the resurrection to our lives, "And if Christ has not been raised, then all our preaching is useless, and your faith is useless. And we apostles would all be lying about God — for we have said that God raised Christ from the grave. But that can’t be true if there is no resurrection of the dead." (1 Corinthians 15:14-15).

Paul argues that Christ has risen, or the Bible and disciples are frauds.

Jesus Christ was arrested, sentenced, and then tortured beyond recognition. He died while hanging from the cross. Two men applied perfumed ointment to him, wrapped him in burial linens and finally laid him in a new tomb where he remained for three days. His physical death and burial was absolutely complete, factual and final.

The biblical claim that Christ has risen is only the start of evidence needed to believe the truth.

If Jesus Christ had remained in his dead state there would be little value in his earthly life or death. It would not have accomplished anymore than an example on how to live selflessly. Neither would there be hope for mankind's salvation. Like Paul says, if there is no resurrection, then we Christians are to be pitied more than anyone (1 Corinthians 15:17-19).

But that isn't the case because Christ has risen!

Evidence That Christ Has Risen

You may need some evidence that Christ has risen, so I'll list some proofs of Jesus Christ's resurrection: 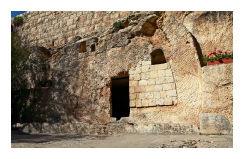 Irrefutable Evidence That Christ Has Risen 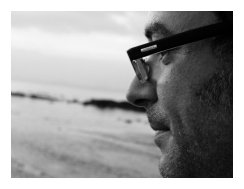 Yes, he has risen from the dead. My favorite pieces of evidence above are numbers 10 & 11. Jesus revealed himself to me and speaks to me, just like he promised. That makes the first nine facts even more believable!

Jesus proves his resurrection to us, when he agrees that we have properly devoted our lives to him. He probably won't show up in his glorified body to introduce himself, but, through the Holy Spirit he reveals himself in wonderful ways. Then, like Blaise Pascal, you'll be saying, "Instead of complaining that God had hidden himself, you will give him thanks for having revealed so much of himself!"

Jesus proves himself (John 5:34), he doesn't need forensic evidence, but he is patient with those, like the disciple Thomas, who must see to believe. John 20:27-28 says, "Then [Jesus] said to Thomas, 'Put your finger here, and look at my hands. Put your hand into the wound on my side. Don't be faithless any longer. Believe!' Thomas exclaimed, 'My Lord and my God!'" 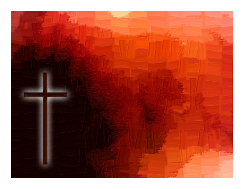 You may wonder why the bloody death of Christ and his resurrection miracle were necessary. Maybe it was too extreme, you think?

Jesus gives us a rather general glimpse in this passage spoken shortly before the events, "I have told you all this so that you may have peace in me. Here on earth you will have many trials and sorrows. But, take heart, because I have overcome the world." (John 16:33).

Under God's authority, Jesus had to suffer trials and persecution so he could relate to humans (Hebrews 2:10; 5:8-9). He also had to be the blood sacrifice, in order to appease God's wrath (Hebrews 10:10).

Jesus had to defeat death by being resurrected from the dead, as well (1 Corinthians 15:25-26). The resurrection regained the keys to hell and death that Satan won in the Garden of Eden. Christ has risen in order to conquer evil and the multitudes of consequences that evil has wrought.

Jesus' work was a complete victory for God, and for people who trust in him alone for eternal life. The final results haven't fully played out yet, but they will soon enough. We have today, though, it's our day to pronounce what we believe.

Christ has risen! We can stand with the risen Lord, or fall with evil. Those are our two choices. Ask Jesus to reveal himself to you, if you haven't already met him in person. It's an amazing experience when he introduces himself. You'll never be the same.

Join our next lesson: Ascension Of Jesus #1.23

1) Did Jesus have to be resurrected to become our Savior? If so, why did the Father require it?

3) What would have happened to Christianity if the Jewish leaders or Roman soldiers had found Jesus' corpse?

"Why are you frightened?" he asked. "Why are your hearts filled with doubt? Look at my hands. Look at my feet. You can see that it's really me. Touch me and make sure that I am not a ghost, because ghosts don't have bodies, as you see that I do." As he spoke, he showed them his hands and his feet. Luke 24:38-40

Quotes about Jesus Christ and the Resurrection:

Our old history ends with the cross; our new history begins with the resurrection. Watchman Nee

Perhaps the transformation of the disciples of Jesus is the greatest evidence of all for the resurrection. John Stott

Christ himself deliberately staked his whole claim to the credit of men upon his resurrection. When asked for a sign he pointed to the resurrection as his single and sufficient credential. B.B.Warfield

Dear Father, I'm so sorry that I contributed to the death of Jesus, but I'm overjoyed his death wasn't permanent. Praise you, God Almighty! Jesus, thank you for the suffering you permitted yourself to suffer for me. In the risen Christ's name, Amen.

Special Note: I'm grateful to Big Book Media & Free Bible Images, Stock Exchange, Morgue Files, and Stock Photos For Free for the use of their photos for this Bible study lesson.