The story of God and Adam in Genesis chapters one through five is the beginning of mankind. It's true! Jesus said so himself (Mark 10:6); and his words have much to say about the creation of man. After all, who would know better than Jesus?

Previous lesson: Creation of the Earth #1.07

1) Are humans related to animals?

2) Why did God create man? Did God and Adam have a personal relationship?

3) What tragedy happened in the Garden of Eden?

Did We Evolve From Monkeys?

I remember back in 5th grade when the human evolution chart first caught my attention. I was a bit surprised, having never heard anything about such an idea. I pondered the chart and its teaching, and this question came to mind, "I thought God made people? Well then . . . I guess evolution is how he created us!?"

I believed that until the day God introduced himself to me.

I was a fairly quiet kid, and didn't realize there were truthful answers out there. Ugh, I was so gullible and foolish! We need to question those who teach things that directly oppose Scripture. Be discerning, my friends! 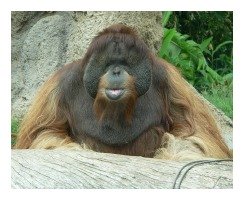 We didn't evolve from monkeys, even though many of us act like we did (me included!). Monkeys were created before man (Gen 1:24), but didn't evolve into man. It was God and monkeys one day, and quite literally God and Adam the next.

Monkeys remain the same today - they appear and act exactly as God created them roughly 6,000 years ago. Some scientists now claim we didn't evolve from monkeys, but from some ape-like creatures. There are others who claim the ape-like creatures became aquatic and then slowly developed into humans.

Those are some fantastic fairy tales, we all must admit.

I'll just get it out of my system right now: Evolution isn't true. Man did not evolve from beasts. How am I so sure about myself, you ask? Look into the eyes of someone you love. Are you kidding?! You think the person you love evolved from an animal?! If so, shame on your misguided soul.

More specifically, God's word says you and me are original (Psalm 139:13-18)! We are distinct persons of the human race that He specially created - one at a time. We are each unique and meant to know God.

God and Adam started a remarkable human lineage that has culminated into the people living today.

Before time began God had the idea to create man. On the sixth day of creation, one of the members of the Christian Trinity told the others the time had now come, "Let us make man in our image, according to our likeness" (Genesis 1:26). "Then the Lord God formed the man from the dust of the ground. He breathed the breath of life into the man's nostrils, and the man became a living person" (Genesis 2:7). 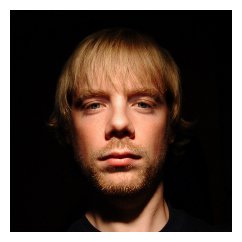 Adam was created around the year 4000 BC. God and Adam began the human race and we haven't biologically changed since that glorious day when God was pleased with his creation.

Listen to this important info from the Bible, "Similarly there are different kinds of flesh — one kind for humans, another for animals, another for birds, and another for fish" (1 Corinthians 15:39).

Species were separate when God created them and they have remained separate to this day. They have not evolved into anything else in the few thousand years of existence. To believe otherwise is a denial of God's word and thusly a denial of God himself (Mark 8:38; John 5:46-47).

Evolution claims that millions of years gave evolutionary processes the time needed to change beasts into man. In case you haven't noticed, "time" is the evolution proponents' tool of deception. If something seems a bit too outlandish for human reason's acceptance, they add a few million or few billion years to the equation to make it palatable.

Adam was created in God's image. That means he has a body, soul, and spirit. Man isn't the exact same as God, by any means, but we were given the ability to think, reason, make choices, and act out our wills. We're rational creatures with power to learn, to build, to adapt, and to change our behavior.

We have emotions, imaginations, creativity and a conscience. We have a touch of all the amazing attributes of God. We are the Creator's beautiful and most amazing creatures. Animals have never, nor will ever, have the abilities that have been gifted to man.

Why Did God Create Adam?

I know you're dying to ask, "Why did God create man?" THAT, my dear friend, is a fantastic question. I ask God that exact question every time I disappoint him!

King David also asked a version of the question in Psalm 8:3-5, "When I look at the night sky and see the work of your fingers - the moon and the stars you set in place - what are mere mortals that you should think about them, human beings that you should care for them? You made them only a little lower than God and crowned them with glory and honor."

We are so unworthy to be both alive and honored by God. Your question is a good one to ask - let's chat.

God's initial reasons he mentions for creating people are found in one of our focus verses, Genesis 1:28, "Then God blessed them and said, “Be fruitful and multiply. Fill the earth and govern it. Reign over the fish in the sea, the birds in the sky, and all the animals that scurry along the ground.”

I'm doubtful these are the most important reasons he created us. What he mentioned here were the things people would be doing on earth: 1) multiplying, 2) governing the earth, and 3) subduing the created animals.

Taking care of them is a wonderful blessing, as well. There is more - much more - we have so much worth, and we're so valued by God. He wants to share his entire kingdom with us for eternity. No lie.

The ultimate end of man is to glorify God. Romans 11:36 states, "For everything comes from him and exists by his power and is intended for his glory." Jesus says in his prayer to the Father, "All who are mine belong to you, and you have given them to me, so they bring me glory" (John 17:10).

Your life's #1 responsibility is to glorify God.

How have you been doing on that mission? Ya, sadly, me either. Fortunately, God understands our plight and the struggles we have with sin. His grace more than compensates for our transgressions, though. That is, IF we seek his righteousness above everything else. 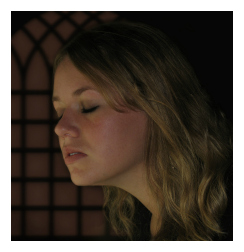 The second reason that God created us is so we can experience an eternal love relationship with him. We are the crowned creation of God's universe and he wants us to love him above all else.

Let these words sink in to your heart, "This is how God showed his love among us: He sent his one and only Son into the world that we might live through him. This is love, not that we loved God, but that he loved us and sent his Son as an atoning sacrifice for our sins. We love because he first loved us" (1 John 4:9-10,19).

God loves you, but you must demonstrate your love to him in return - that's how real relationships work.

View yourself as a special love gift from God the Father to his Son, Jesus, because that is exactly what you are!

God and Adam In the Garden

God and Adam had a very warm and loving relationship in the Garden of Eden. Adam had the task of naming and caring for the animals that God gave him. Adam also cared for the plants of the garden, and ate fruit from the trees. God specifically warned Adam to refrain from eating the fruit of the tree of knowledge of good and evil. "No problem!" thought Adam. 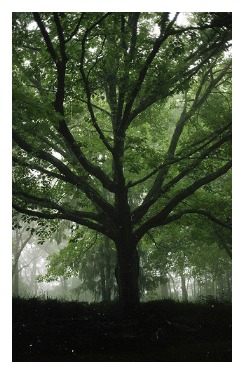 God and Adam communicated within a love relationship. Genesis 3:8 also indicates that the pre-incarnate Jesus Christ walked in the Garden of Eden at times. How often? We have no idea. We do know that Jesus would speak to Adam directly.

Where did it all go so wrong? The Adam and God relationship isn't mentioned in the Bible whenever great faith is discussed, such as the relationships God had with Moses, Abraham, Joseph, David, and others.

However, as we'll soon find out, Adam didn't perfectly trust in God's command to not eat the fruit from the tree of the knowledge of good and evil (Genesis 3:1-6). Adam, therefore, needed more trusting faith.

God was especially struck hard by the direct disobedience of such an easy command to follow. God is a jealous God and this first sin had to deeply hurt him, even though he knew it would happen.

Since that moment, when God and Adam first became separated, God and mankind have been separated. Man can now only approach God through his Son, Jesus Christ. Jesus will make you and me right with God once again, if we submit to his lordship for our lives. Are you ready to bow your knees to the King?

Adam, being the first created human being, was extra special in the eyes of God. God perfectly loved him - we know that. God obviously experienced pride in his first man. How could he not?! People are beautiful works of art - every single one of us!

Adam and God started something special 6000 years ago and that is still in tact. People are still incredibly valuable to God. As a matter of fact, we take up most of his time! I tease. But, it's true, God and Adam spent time together, even after the fall, although the relationship was terribly marred by sin. Same is true today, our sin hurts our relationship with God.

Adam blew it, but Jesus Christ is fixing the sin problem (Romans 5:18-19). And the great news is that God still loves us, despite our lack of faith in him. Tell him you want to begin trusting him today. He's waiting patiently and closely listening for your humble sinner's prayer.

1) What came first, the chicken or the egg? Seriously! Do you now know after reading Genesis 1:24-25?

2) Name some additional reasons why you believe God created people.

For the Spirit of God has made me, and the breath of the Almighty gives me life! Job 33:4.

I am fearfully and wonderfully made! Psalm 139:14

This is the written account of Adam’s line. When God created man, he made him in the likeness of God. He created them male and female and blessed them. And when they were created, he called them “man.” When Adam had lived 130 years, he had a son in his own likeness, in his own image; and he named him Seth. After Seth was born, Adam lived 800 years and had other sons and daughters. Altogether, Adam lived 930 years, and then he died. Genesis 5:1-5

Man is equally incapable of seeing the nothingness from which he emerges and the infinity in which he is engulfed. Blaise Pascal Quotes

God created man in order to have someone on whom to shower his love. Irenaeus of Lyons

Man is only a reed, the weakest thing in nature; but he is a reed that thinks. Blaise Pascal

The relationship between God and a man is more private and intimate than any possible relation between two fellow creatures. C.S. Lewis

Faith is blind - except upward. It is blind to impossibilities, and deaf to doubt. It listens only to God and sees only his power and acts accordingly. S.D.Gordon

Dear Father, I am so blessed to be specially created by you and Jesus. I'm so glad your Word shares the story of God and Adam. My heart loves to sing the song of your creation and your salvation. I want to please you every moment, Lord. Forgive me when I disappoint you. In Christ's Name. Amen.