Christ In The Old Testament

Have you realized you can easily find Jesus Christ in the Old Testament? Our lesson today will focus on the fascinating discoveries of the pre-incarnate Christ in the Hebrew Scriptures.

1) What were Jesus Christ's main interests when he visited earth in the Old Testament?

2) What were Jesus Christ's main activities when he appeared?

This will be an enlightening lesson for you, if you were unaware that Jesus was active in the Bible's Old Testament. Let's see when and where he showed up in history. Grab a sweet tea and let's get started.

Christ In the Old Testament Explained 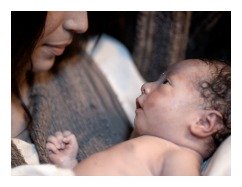 Pre-incarnate means that Jesus was alive before being born to the Virgin Mary. Amazing, huh? No one else in history can lay claim to anything of the sort. Jesus is the unique pre-existent person, the Son of God and Son of man.

We know that when God made a bodily personal appearance in the Old Testament it was the Christ who appeared. God the Father and the Holy Spirit, the other two members of the Trinity, do not have a "body" like the Christ. So, when the Lord (aka Angel of Yahweh) visited earth, visibly encountering people, it was the pre-incarnate Christ. I omitted any of God's appearances if the biblical record only consisted of the voice of God, because that could be any one of the Trinity members.

Christ In the Old Testament Appearances:

I've developed a list with a summary capsule of each of the appearances of Christ in the Old Testament. Let me know if you find any other occurrences which I missed.

Additionally, 1 Corinthians 10:4 confirmed that Christ was the Rock who followed the nation of Israel out of Egypt (Exodus 14:19; 23:20). How could we forget the Lord leading his nation out of Egypt?

Christ in the Old Testament recordings stopped at this point, but, as you'll see, his work never stops. 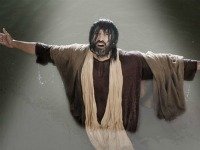 The prophecies and prophets also halted for centuries during a quiet era we refer to as the Intertestamental Period. The last recorded event is recorded in Nehemiah 13:4-30, and the last recorded prophecy is the book of Malachi. From those occurrences to the first records of the New Testament (Luke 1:5-25) 400 years had passed.

The "Angel of the Lord's" appearances notably ceased after Christ's human birth, giving strong evidence for him being the pre-incarnate Christ in the Old Testament.

This period was under God's sovereign control and critical for the coming Messiah's message. The 400 year era saw the Hebrew nation dispersed throughout a huge area of the eastern world, and into the western world. Most Jews came to live outside of Palestine through these centuries.

Why was this so important? Because the gospel of Jesus Christ largely spread via the Jewish synagogues found in distant lands. The propagation of Christianity was fueled by this situation. God was audibly quiet during this period, but he was very busy preparing the way for the salvation plan of Jesus Christ. 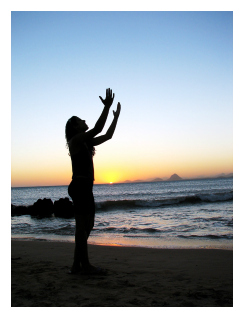 Isn't it wonderful to know that the God of the Bible has always been alive and active in the universe he himself planned and created? Remember, he isn't simply the alpha, but also the omega. He cared for, and he visited, the earth before he was born as a human. He is also sustaining his creation to this very day (Colossians 1:17), after dying and rising from the grave. There is no stopping our awesome God!

Take comfort in the fact that your God will always be there, caring for you - because he loves you.

God is always at work around us. His plans are being fulfilled on a daily basis. We can't "see" him working, but, we can sense it, and we do know he is returning soon. He surprised the world 2000 years ago when he came as an infant, so please don't be fooled when the trumpet sounds and Jesus arrives on a cloud. Be prepared, don't be foolish. Be watching for the second coming of Jesus Christ.

Join our next lesson: Fulfilled Prophecy #1.17

1) How does the fact of Christ in the Old Testament grow your faith?

2) Compare and contrast Christ in the Old Testament with Jesus in the New Testament.

"After all, our ancestors ate manna while they journeyed through the wilderness! The Scriptures say, ‘Moses gave them bread from heaven to eat.’” Jesus said, “I tell you the truth, Moses didn’t give you bread from heaven. My Father did. And now he offers you the true bread from heaven. The true bread of God is the one who comes down from heaven and gives life to the world.” “Sir,” they said, “give us that bread every day.” Jesus replied, “I am the bread of life. Whoever comes to me will never be hungry again. Whoever believes in me will never be thirsty." John 6:31-35

Jesus Christ is the same yesterday, today, and forever. Hebrews 13:8

When we believe in nothing, we open the doors to believing anything. David Wells

The Angel of the Lord, who does not appear after the birth of Christ, is often identified as the pre-incarnate Christ. John MacArthur

More Quotes about Jesus Christ In The Old Testament:

Today Jesus Christ is being dispatched as the Figurehead of a religion, a mere example. He is that, but he is infinitely more; He is salvation itself, He is the Gospel of God. C.S.Lewis Quotes

Dear Father, Christ in the Old Testament is so utterly mind-boggling that I can hardly grasp it. Please forgive me. Lord, the reality of Jesus being eternal is so comforting that it makes me want to fall into your arms. Nothing happens outside of your control. I can be perfectly peaceful and content knowing You are my God. This prayer is in our eternal Savior's name. Amen

Special Note: I'm grateful to Big Book Media & Free Bible Images, Stock Exchange, Morgue Files, and Stock Photos For Free for the use of their photos for Christ in the Old Testament.