Satan Cast Out of Heaven

The battle between Jesus Christ and Satan upset the entire universe. Was Satan cast out of heaven? Let's look to the Scriptures for what transpired.

2) Why did God create Satan?

3) When was Satan cast out of heaven?

Can you believe it?! Someone was actually in heaven, the most glorious place in existence, and it wasn't good enough for him! It's bad enough not being able to fully grasp heaven, but to have been there, and then given it all up?! That's insane!

Let's dig in and learn about Satan, so we don't follow his footsteps, or get fooled by this hideous creature (2 Corinthians 2:11). Grab your tropical smoothie and let's study a very scary subject.

We'll use a series of questions and answers for this particular online Bible study lesson about Satan and his expulsion from heaven.

The Origin Of Satan

First of all, who was Satan, anyway? Satan, originally named Lucifer, was a beautiful guardian cherub angel who dwelt in heaven with God. Satan was one of the most powerful angels - so strong, in fact, that even Michael the archangel paid due respect by viewing him as a foe nearly too powerful to oppose (Jude 1:9).

Why did God create Satan? He was created to be one of God's many messengers (aka angels), in order to serve him in heaven. The prophet Ezekiel gives us a little more detail about the position Satan held, "I ordained and anointed you as the mighty angelic guardian. You had access to the holy mountain of God and walked among the stones of fire. You were blameless in all you did from the day you were created until the day evil was found in you" (Ezekiel 28:14-15).

What did Satan look like? Ezekiel 28:12-13 gives an in-depth look at Satan's state of beauty before his great sin:

"You were the model of perfection, full of wisdom and perfect in beauty. You were in Eden, the garden of God; every precious stone adorned you: ruby, topaz and emerald, chrysolite, onyx and jasper, sapphire, turquoise and beryl. Your settings and mountings were made of gold; on the day you were created they were prepared."

Satan had a lofty position in heaven, surely over many thousands of other angels. He was very intelligent and wise and definitely one of God's most awesome creatures.

It's a shame his beauty and power got the best of him, leading him to rebel against his Creator, Jesus Christ. Wait a minute, did I just say Jesus was Satan's Creator? Paul makes it clear who created Satan (Colossians 1:15-17).

A creature, such as Satan, who rebels against his maker will surely suffer serious consequences. Let's find out if that's the case with the devil.

Satan Cast Out Of Heaven 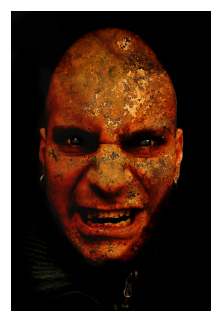 Jesus' disciples told him they were amazed that they could cast demons out of people, in Christ's name. Jesus wasn't impressed, though, because thousands of years prior he saw Satan cast out from heaven like a thunderbolt" (Luke 10:17-20).

Satan's power is nothing to Christ; however, against other creatures there is no match for the devil.

Why was Satan cast out of heaven? Ezekiel 28:15; 28:6 gives us the general answer: "You were blameless in your ways from the day you were created till wickedness was found in you... Because you think you are as wise as a god."

Isaiah adds this more detailed account in Isaiah 14:12-15: "How you have fallen from heaven, O morning star, son of the dawn! You have been cast down to the earth, you who once laid low the nations! You said in your heart, 'I will ascend to heaven; I will raise my throne above the stars of God; I will sit enthroned on the mount of assembly, on the utmost heights of the sacred mountain. I will ascend above the tops of the clouds; I will make myself like the Most High.' But you are brought down to the grave, to the depths of the pit."

Satan desired to rule upon Jesus' throne. Plain and simple. He sought to displace God's Son from reigning over the universe. Therefore, Satan failed to glorify God, even though God gave him everything he possessed.

The exact things for which he became proud, such as his beauty and power, were gifts from God. He lusted for more, though, even the praises and glory that the other angels were directing towards God. 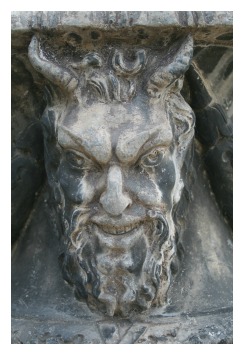 How was Satan cast out of heaven? I'll tell you this much - it was a battle that hasn't to this day been equaled in scope. Neither angels or God can physically die, because they're spiritual beings, but that doesn't stop them from battling one another. That means the destruction and harm displayed during the battle had to be enormously powerful to be effective.

The good angels in heaven were pitted against the bad angels in heaven. Good verses evil. I don't know if Jesus himself got involved in the war, but, it wouldn't surprise me if he joined in to finally squash the rebellion. That must have been an amazing battle! Wow. Hopefully, we'll get to watch the video recording when we get to heaven!

Satan cast out of heaven is bad enough, but was anyone else cast out?

Revelation 12:4 suggests that possibly a third of all the created angels in heaven fell when Satan was cast out, "His tail swept away one-third of the stars in the sky, and he threw them to the earth." This is such a sad turn of events. With that being the case, then there are countless demons (aka fallen angels) living on the earth wrecking havoc with people.

Satan wants worshipers, he wants followers, whether angels or people. He wants to be adored, therefore, his work calls for deception. He wants people disbelieving God and his word, which is all he needs to do. He doesn't have to deceive them into believing in him, but only in disbelieving God. Every soul he gains through his lies is one more soul ticketed for destruction, and one less soul that enjoys eternity with Jesus Christ. 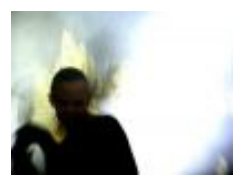 When was Satan cast out of heaven?

Satan gained the power over human death after the fall of man - that was his biggest, albeit temporary victory. Jesus Christ has since recaptured that power by means of his earthly life and crucifixion (Hebrews 2:14-18).

God vs Satan - Whose side are YOU on?

Satan Cast Out - Is He In Hell?

Satan was defeated by Jesus on the cross (John 12:31). Satan's ultimate demise and eternal judgment haven't yet been inflicted upon him. Satan, at this moment, is not in hell. He's still roaming the earth, in stealth mode, seeking souls to deceive and kill (1 Peter 5:8). He wants your soul, forever; therefore, his main mission is keeping YOU from believing in Jesus Christ, God's only Son.

Satan will be bound in hell immediately upon Jesus' second coming. A holy angel will lock him in the chains of hell's prison for 1000 years during Christ's millennial reign (Revelation 20:1-2).

Towards the end of Christ's millennial reign, however, Satan will be unleashed upon the earth. He will quickly lead many nations and people to war against Jesus, who is at the time reigning over his earthly kingdom from Jerusalem.

Jesus will finally squash Satan, once and for all! (Revelation 20:7-9).

Satan finally cast out of Christ's Kingdom will become a reality. He will be cast into the eternal lake of fire along with all of those who failed to make Jesus Christ their Savior and Lord (Revelation 20:10).

Sin will never again raise its ugly head in Christ's eternal kingdom. That, my friend, will be a glorious day.

Who Are the Angels In Hell? 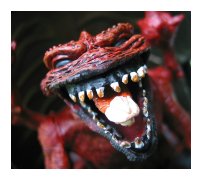 Bonus Material! There is one group of angels currently imprisoned in hell. The angels who crossed over from the angelic realm into the human realm through intercourse with women (Genesis 6:1-6). This unnatural union created a super-human race that was full of evil. God didn't allow the evil to continue, bringing the great flood to destroy their wickedness.

Jesus' brother, Jude, tells us that the Lord permanently locked the fornicating demons (aka fallen angels) in hell (Jude 6). This group of fallen angels was addressed by Christ soon after his death (1 Peter 3:19-20). The Book of Enoch, which is readily accessible on the internet, has much more information on this interesting topic.

Satan Cast Out - Grasp This!

Satan cast out of heaven gives us some wonderful things to grasp and believe.

God always takes the bad and turns it into good. We can learn great lessons from even the most vile and foolish of creatures. William James once said, "The world is all the richer for having a devil in it, so long as we keep our foot upon his neck."

As Christians, we can be defeated by Satan in temporary battles, but, in the end we'll be victorious.

Satan cast out of heaven MUST get our attention. Our precious souls are at stake and we have been strictly warned (2 Peter 2:4). We'll have no excuses on judgment day. God gives us the armor and spiritual weapons so we are equipped for war. Make sure you have God's Spirit dwelling within you so you're prepared for the battles that lie ahead. Begin by giving God your heart today: Sinners Prayer.

1) Satan possessed everything but God's throne, which he sought. What lessons can you learn from him?

2) Satan strongly opposes God's redemptive plan. Why does he want human souls condemned along with him?

3) What are some ways we Christians can fight against Satan and his demons?

The god of this age [Satan] has blinded the minds of unbelievers, so that they cannot see the light of the gospel of the glory of Christ, who is the image of God. 2 Corinthians 4:4

Resist the Devil, and he will flee from you. James 4:7

The God of peace will soon crush Satan under your feet. The grace of our Lord Jesus be with you. Romans 16:20

Faith is not something we can achieve; it is something achieved within us by God. Alister McGrath

The greatest trick the Devil ever played was convincing the world he didn't exist. Author unknown.

The Devil can counterfeit all the saving operations and graces of the Spirit of God. Jonathon Edwards

The Devil is a better theologian than any of us and is a Devil still. A.W.Tozer

The deceit, the lie of the Devil consists of this, that he wishes to make man believe that he can live without God's Word. Dietrich Bonhoeffer

Dear Heavenly Father, I can only imagine what it was like when your beautiful angels rebelled against you. That had to hurt you deeply. These rebellious demons are now down here on earth with us, Lord, and we need protection from them. Satan cast out of heaven is one thing, Satan cast to earth is another. Only your spiritual weapons can help us: the Bible, prayer, and fellowship with true brothers and sisters of yours can fight the battles. Please strengthen and equip us, O Lord. In Christ's powerful, glorious name. Amen